IT’S LIKELY ILLEGAL BUT SO WHAT?. Halifax landlords are busy compiling and sharing secret lists of “bad tenants.” The landlords call it good business practice. Many others call it unfair in a city where affordable housing is next to impossible to find—never mind the fact that the practice is a gross—and probably illegal—violation of privacy rights.

The full extent and effect of this activity was recently revealed by the affordable housing activist group N.S. ACORN, following their 18-month monitoring of various landlord social media sites.

N.S. ACORN focused on two of several landlord groups: the Nova Scotia Landlords group is public; the Landords Unite group is private, for landlords only. N.S. ACORN was able to infiltrate the private group and reveal how much landlords conspire to make life difficult for tenants.

Landlords use the groups to swap photos and names of tenants they don’t like, for reasons they do not share.  Tenants have no way to know they are on the lists. Nor do they have any way to get off the lists

“A landlord could easily put something up there just for a sake of a petty vengeance,” said Fabian Donovan, a member of Nova Scotia ACORN. Donovan is a renter in Halifax.

“And once it’s out there, it cannot be taken back.”

N.S. ACORN  said its membership in the secret landlords-only Facebook group allowed them to see various files, including a  “Do Not Rent” list that had 256 names as of Aug. 21.

They said names were added to this list for various often inconsequential and frivolous reasons, like renters making anti-landlord social media posts or replying rudely to rental listings.

The Landlords Nova Scotia site, which is open, regularly shares photos and names of tenants who have allegedly not paid months of rent, or caused huge amounts of damage and left behind piles of garbage.

The Office of the Privacy Commissioner of Canada has ruled such lists can be illegal, and violate the Personal Information Protection and Electronic Documents Act.

Generally, the Personal Information Protection and Electronic Documents Act requires that organizations obtain “meaningful consent” for the collection, use or disclosure of personal information.

Even if a landlord believes a tenant has been disruptive or damaged the unit, or had a poor payment history, “this does not give you the right to disclose this information by … contributing to an unregulated ‘bad tenants list,’” says the office of the privacy commissioner, since “vigilante” actions are seldom, if ever, permitted by law. 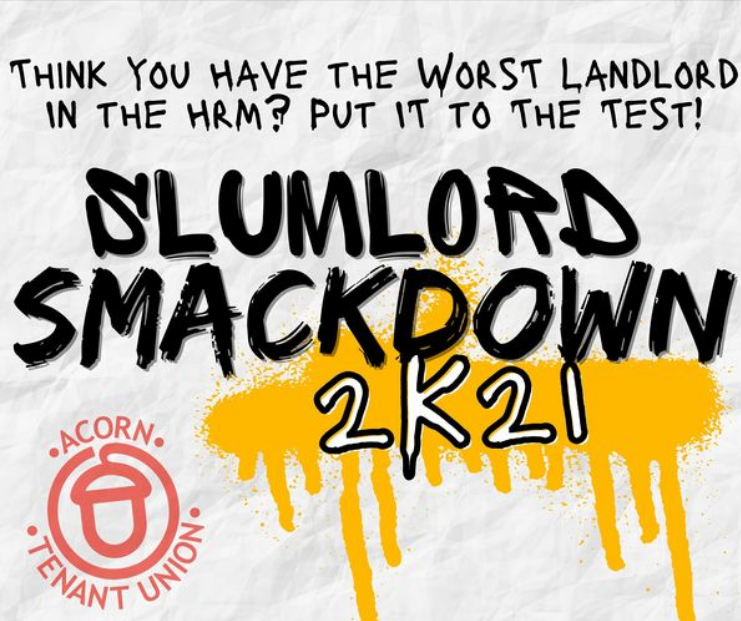 But that doesn’t sit well with landlords like Paula Hodson. She says that without bad tenant lists and landord group chats landlords would be even more exposed.

Hodson says the bad tenant list in Landlords Unite is “not public” since it’s a private Facebook group that was only brought to light by ACORN members who should not have been there.

N.S.ACORN posts public lists of its own, inviting tenants to name their worst landlords annually in a “Slumlord Smackdown.”

You can find Nova Scotia ACORN on Facebook, and on the web