BETH MACLEAN DIED TOO SOON. She died before her big win came. She died just two weeks before the Nova Scotia Court of Appeal ruled that the provincial government was guilty of systemic discrimination against her and other people with disabilities in Nova Scotia—just as she had claimed for years and years.

The October 6 appeal court ruling awarded Beth $300,000 in damages—which is the largest human rights general damages award ever in Canada.

The appeal court ruling reinforces a 2019 Nova Scotia Human Rights Commission Board of Inquiry decision that awarded Beth, Joey Delaney and Sheila Livingstone $100,000 each as compensation for discrimination they suffered due to their disabilities.

The Disability Rights Coalition brought the action against the government. The court ruling is a big step forward says Victoria Levack a spokesperson for the coalition. “Now that we have this ruling we can say to the government: ‘Look, what you are doing is illegal. It’s not just wrong or immoral, it’s illegal’. That’s big”,  says Levack.

The full impact of the court ruling does not end with the compensation awards.

While the Court of Appeal found that the province had systemically discriminated against people with disabilities, it left it up to the board to define the exact contours of that discrimination—which could potentially affect up to a thousand other people in provincial care.

As of March 31, 2021, there were 1,691 people with disabilities who were on waiting lists for a change in the housing and services they received from Community Services, and 536 were not receiving any support, according to data the coalition gathered from the government this year.

The case against the province 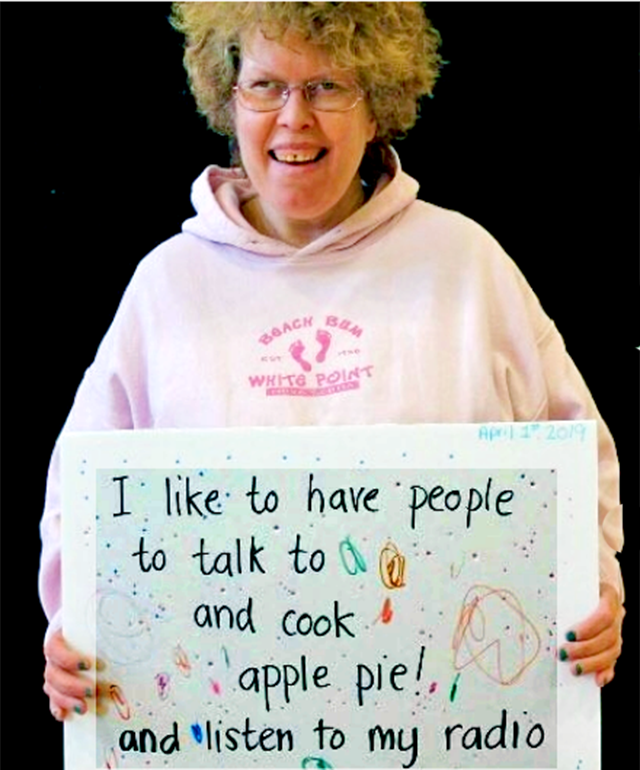 The details of the complaint of human rights violations filed by Beth MacLean, Joey Delaney and Sheila Livingstone in 2014 reveal a system of care that is unable or unwilling to treat people in care with dignity, compassion and respect.

Beth MacLean suffered from intellectual disabilities. She spent 35 of her 50 years in institutions, including more than four years in a locked-down psychiatric unit of the Nova Scotia Hospital known as Emerald Hall.

Thompson ordered the province to put $100,000 each into trust accounts for MacLean, Delaney and Livingston, as compensation for discrimination contrary to the Nova Scotia Human Rights Act.

“I found that the Province discriminated by retaining the complainants of the Emerald Hall unit for years on end when, by all professional opinion and advice, Beth MacLean and Joey Delaney ought to have been accommodated in a small options home and Sheila Livingstone in some suitable home or facility,” wrote Thompson in his decision.

“The province met their pleas with an indifference that really, after time, becomes contempt,” said Thompson.

“One-hundred-thousand dollars seems a paltry sum in such circumstances but it may enable a trustee to help Beth, who suffers from Mood Disorders, to move out of an institution for the first time in her adult life since being sent by her family to Truro’s Youth Training Centre at age 12.

Thompson included an order to place both MacLean and Delaney in community living facilities appropriate to their needs. Beth MacLean lived the last two years of her life in a small option home in Dartmouth.

Where Thompson refused to go — although a case was made by  lawyers representing the Disability Rights Coalition — was to extend his finding of discrimination to the more than 1,000 disabled people who cannot find housing appropriate to their needs and have been wait-listed for years. He refused to call for “a systemic remedy”.

The October 7 decision by the Court of Appeal now makes that option a real possibility.