NICOLE GNAZDOWSKY DARED to confront her MLA in public recently. It got her a call from the cops.

Gnazdowsky found herself face-to-face with Iain Rankin, her MLA and former N.S. premier in a dog park on October 24. She took the opportunity to press Rankin to help her get more answers to her questions about the 2020 death on the job of her brother Andrew.

The ex-premier was not amused. He complained to the cops when he got home and the RCMP called Gnazdowsky at her home, to scold her for troubling her MLA during his walk in the park. 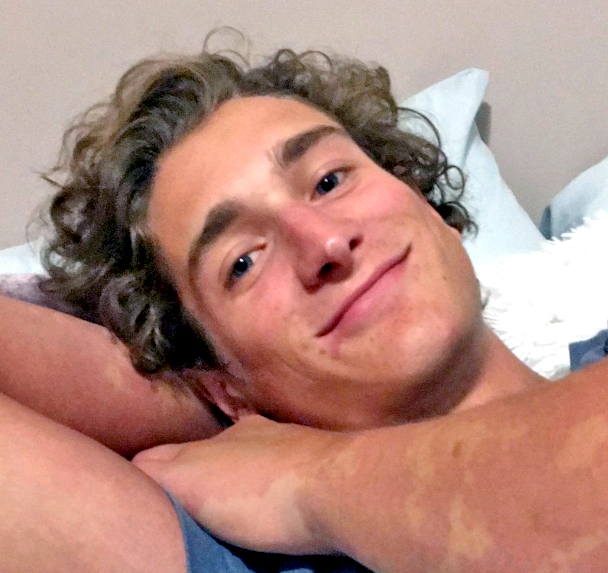 Gnazdowsky’s brother Andrew was killed while working at a Nova Scotia Power site near Sheet Harbour, Nova Scotia in October 2020. Nicole has many questions about the investigation into who’s to blame.

Her digging turned up a potential conflict of interest and a flawed medical examiner’s report. She’s concluded that the provincial Department of Labour “botched” the investigation. Her dogged pursuit of answers to her questions has met with nothing but resistance.

The department labelled her a “hostile individual” in documents uncovered through freedom of information and has stopped communicating with Gnazdowsky completely. The government stonewalling has led the Gnazdowsky family to start their own legal action against the provincial government.

Throughout her quest for answers, Gnazdowsky sought help from Rankin. They had one phone call in March, and afterward, Rankin set up a meeting with the deputy minister of the department. That meeting didn’t go well.

After the meeting, Gnazdowsky emailed the deputy minister to express her dissatisfaction. He replied with an attached PDF on dealing with the grieving process.

Gnazdowsky continued to call and email Rankin. During the election she showed up at his constituency office, but she never heard back again.

Encounter at the park

“I’ve been trying to get in contact with Iain for months and he’s never, ever tried to reach out, and I pulled up into the parking lot, and I look in the mirror and I see Rankin is right beside me,” Gnazdowsky said in an interview. “So of course I’m going to go and talk to him.”

Gnazdowsky recorded the encounter on her cell phone as she scolded Rankin for his inaction and asked him to help her.

Rankin asked Gnazdowsky to get out of the way of the driver’s side door to his car. Gnazdowsky refused, but Rankin was able to get his dog out of the rear of his vehicle.

The Liberal leader eventually made a phone call. Another vehicle arrived shortly after and Rankin picked up his dog and walked toward it before the video ended. Gnazdowsky said he left.

After Rankin left, Gnazdowsky said she took her dog to the field at the park and played fetch and then went home.

Once home, she got a phone call from a Const. Wagner with the Tantallon, N.S. RCMP detachment. The Halifax Examiner has listened to a recording of the call.

“You can’t communicate with him when he’s out walking his dog,” Wagner told Gnazdowsky. “You have to go through the proper channels.”

Gnazdowsky repeatedly asks Wagner how the RCMP had her phone number, and Wagner says it’s “irrelevant.”

Gnazdowsky asked for Wagner’s supervisor, and then got a call from a Cpl. Simm. He told her she’s allowed to communicate with her MLA, but not the way she did on Sunday.

“It seemed like an intimidation tactic or something,” Gnazdowsky told The Examiner.

“I’m not a large human with the RCMP force behind me and power behind me, so it’s scary to be in this spot. When the RCMP are supposed to be the ones that you call when you need help, and the RCMP are calling you and yelling at you, it’s uneasy, for sure.”