THERE’S LOTS TO BE PISSED OFF ABOUT in Nova Scotia. But that’s really not our métier.

Rather, we are good at NOT being pissed off.

Some wit once described Canada as the vichyssoise of nations. He said: “it is cold and thick and difficult to stir.” Nova Scotia is a lot like that—except we are not really “thick.” In fact, we’re better than most at not being taken in by the flim flam. Mostly because we’ve seen so much of it starting with the job done on us to get us to join Canada in 1867.

But spotting flim flam and rising up to resist it are two different things. Again, not because we can’t or won’t rise up. It’s just that when we do rise up it never really seems to change much. So, we are “difficult to stir.” But not because we are thick.

We are difficult to stir because the great majority of us have to live very close to the line. This reality, above all, makes us a very practical people. So when, for example we are told to stay home for our own good, we stay home. And we make Nova Scotia one of the safest places to be during a worldwide pandemic.

Being practical we take whatever work is at hand. We once worked the shitty and dangerous jobs on fishing boats, in the forests and mills and down the mines. We now work the shitty jobs at Tim Horton’s, in call centres, as personal care aides. It’s a living. We carry on regardless. That is our true métier.

We are like champion prize fighters—like Jake Lamotta or Muhammed Ali—we pride ourselves on being able to “take a punch”. Just surviving is a real victory. Punching back is considered pointless because all our lived experience confirms the fix is always in—and besides the demands of everyday life are ruthless and persisent and leave little time or energy for anything less concrete.

So, stupendously stupid, pie-in-the-sky promoter wet dreams get floated and often funded with gobs of public money, without any public opposition or concern. Current follies include:

The list, as they say, goes on to include issues like destroying a salmon species, gold mines with toxic effluent and environmental devastation, lobster wars with our Indigenous people, the industrial burning of tires as a “green fuel” and a biodiveristy law that was supposed to protect forests, but only freed forestry giants to cut down more trees.

And yet, and yet. There is the movement to Save Owl’s Head Provincial Park.

An instant movement created by everyday folks just 24 hours after the public exposure of a secret provincial government plan to sell off Owl’s Head Park (a 705-acre wilderness, with over 5 miles of shoreline) to American carpetbaggers to build—wait for it—a golf course.

Membership in the Save Owl’s Head Facebook group built fast and continues. Recent growth was close to 500 a week. The group had 6,400 members on May 17.

Individuals have sent thousands of letters to the provincial government. Supporters of Save Owls Head Park raised $15,000 in just 6 days to cover the cost of launching a court challenge. When the legal case moved forward, concerned citizens raised an additional $12,000.

This is a level of public engagement that is not often seen here.

“I’m not sure why people are joining in,” says Pauline Raven, a recent recruit to the movement and now a key activist.

“I don’t think it’s just about environmentalism. At least it wasn’t for me.

“I think a lot of it is because people are frustrated and angry over the way politicians have screwed up the COVID-19 response. Digging in over Owl’s Head is a way to send them a message to start to do better overall.”

To see a straight line to broad public activism growing from a movement to save a provincial park is probably wishful thinking. But, then again, when does anything in life, or politics, ever follow a straight line? 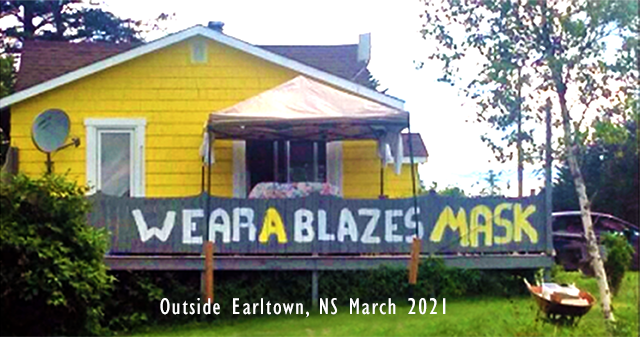 You can join the campaign to Save Owl’s Head Provincial Park here.