“If I can’t watch movies I don’t want to be part of your revolution. “

Well Emma Goldman never said that exactly. But she probably would if she was still with us.

Movies and dancing are two of life’s little pleasures. And we all deserve a little pleasure—especially these days. Plus, movies can be positively good for us when they get us thinking in new and different ways.

So, here’s a list of movies we recommend you watch any time—but even more now as we think about the truth of things and how to change it. 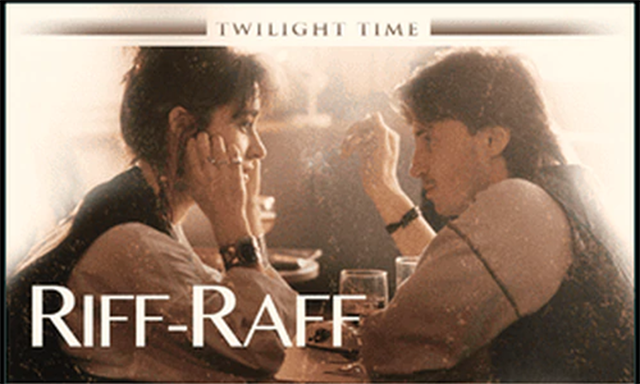 Riff-Raff is a stirring satire of Thatcherism. The protagonist Stevie is played by Robert Carlyle (five years before he became famous as Begbie in Trainspotting) who is part of a rag-tag, off-the-books work crew hired to gut an abandoned hospital to clear the way for conversion to luxury condominiums. Life on the job is unfair and unsafe. The men resist with sharp insights on the reality of Thatcher’s policies. There is no happy ending. 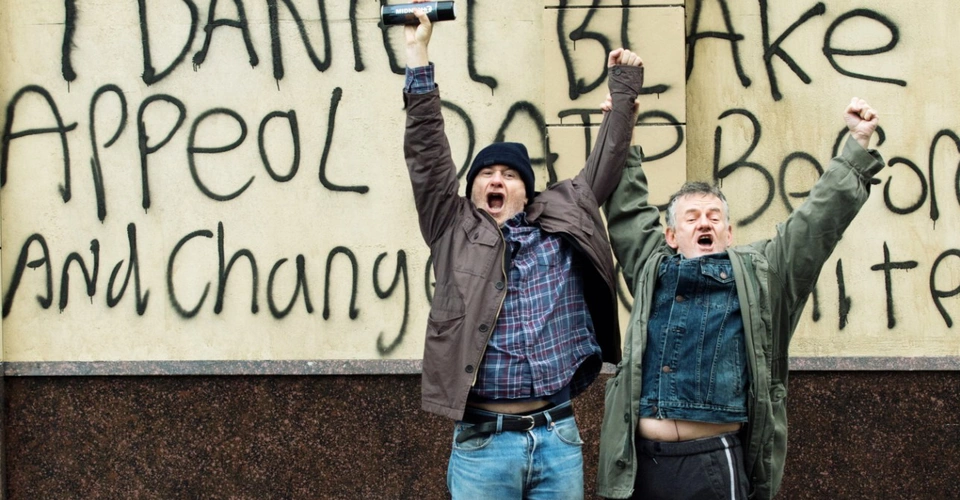 Daniel Blake, 59, is a skilled craftsman left jobless after a serious heart attack. He has integrity, honesty and compassion. But these count for little when you are a citizen down on his luck in the age of “necessary” austerity.

During his struggles with the mindless bureaucrats in the benefits system he forms a strong friendship with a single parent, Katie, and her two children. The bureaucrats cut off Katie’s benefits, leaving her penniless; while Daniel, a man too ill to work, has to spend 35 hours a week applying for jobs he can’t take.

Daniel refuses to accept this treatment for Katie or himself. He takes a stand with  a very public  protest. Defiance is his last refuge. 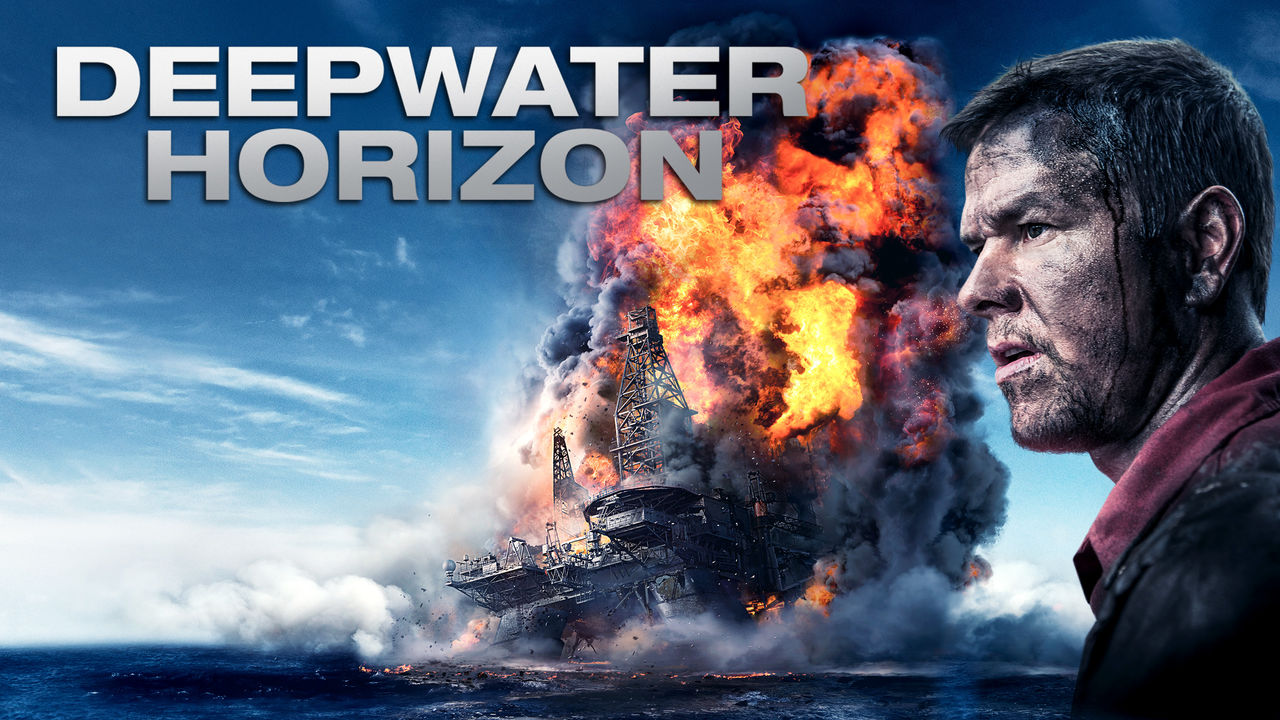 A Hollywood blockbuster with a big name star and a hidden message: occupational safety matters to workers and the planet. Mike Ryan of Uproxx praised the film for its performances and ability to make audiences angry at BP: “I hope this film gets people angry again, because the people who did this to our planet, and killed 11 people in the process, got off too easy. 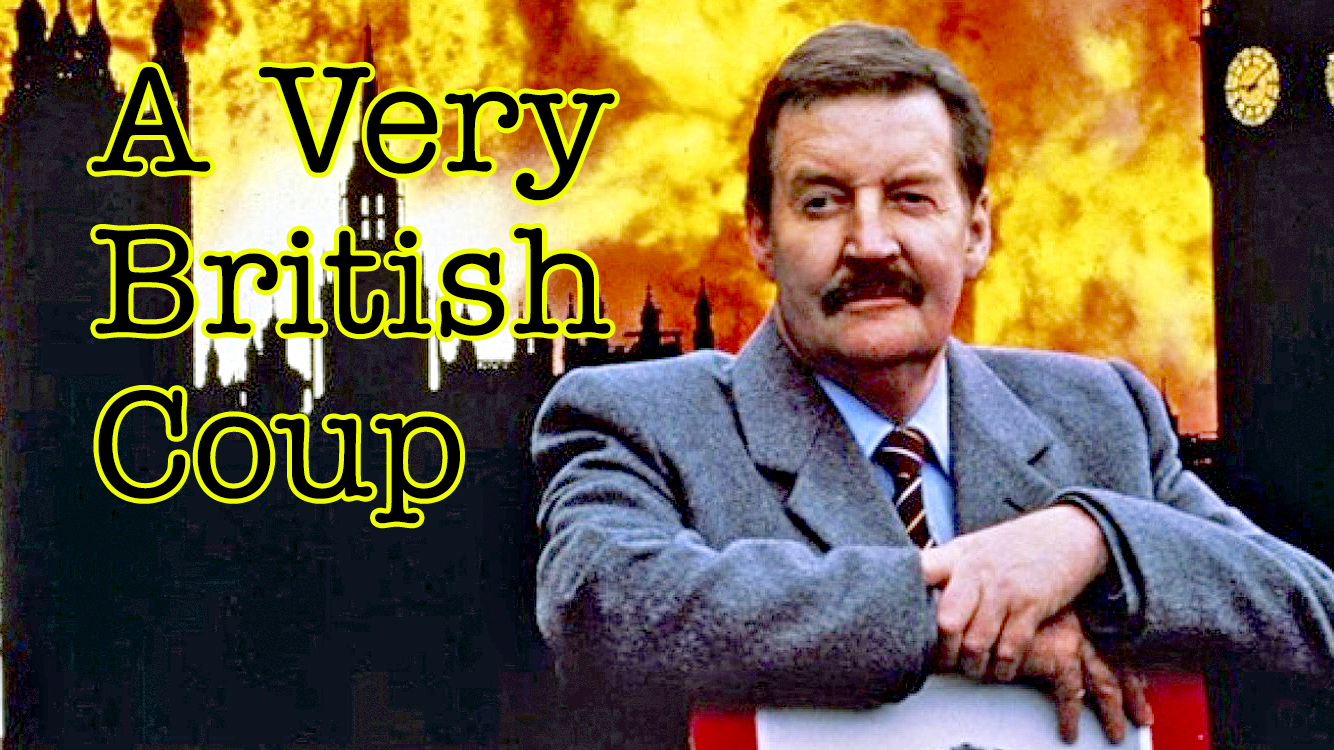 Is a parliamentary road to real, living, breathing Socialism possible? Ya gotta wonder. A Very British Coup reminds us that the state is not neutral, and the ruling class has more than capital strikes at its disposal when it wants to “restore order”. 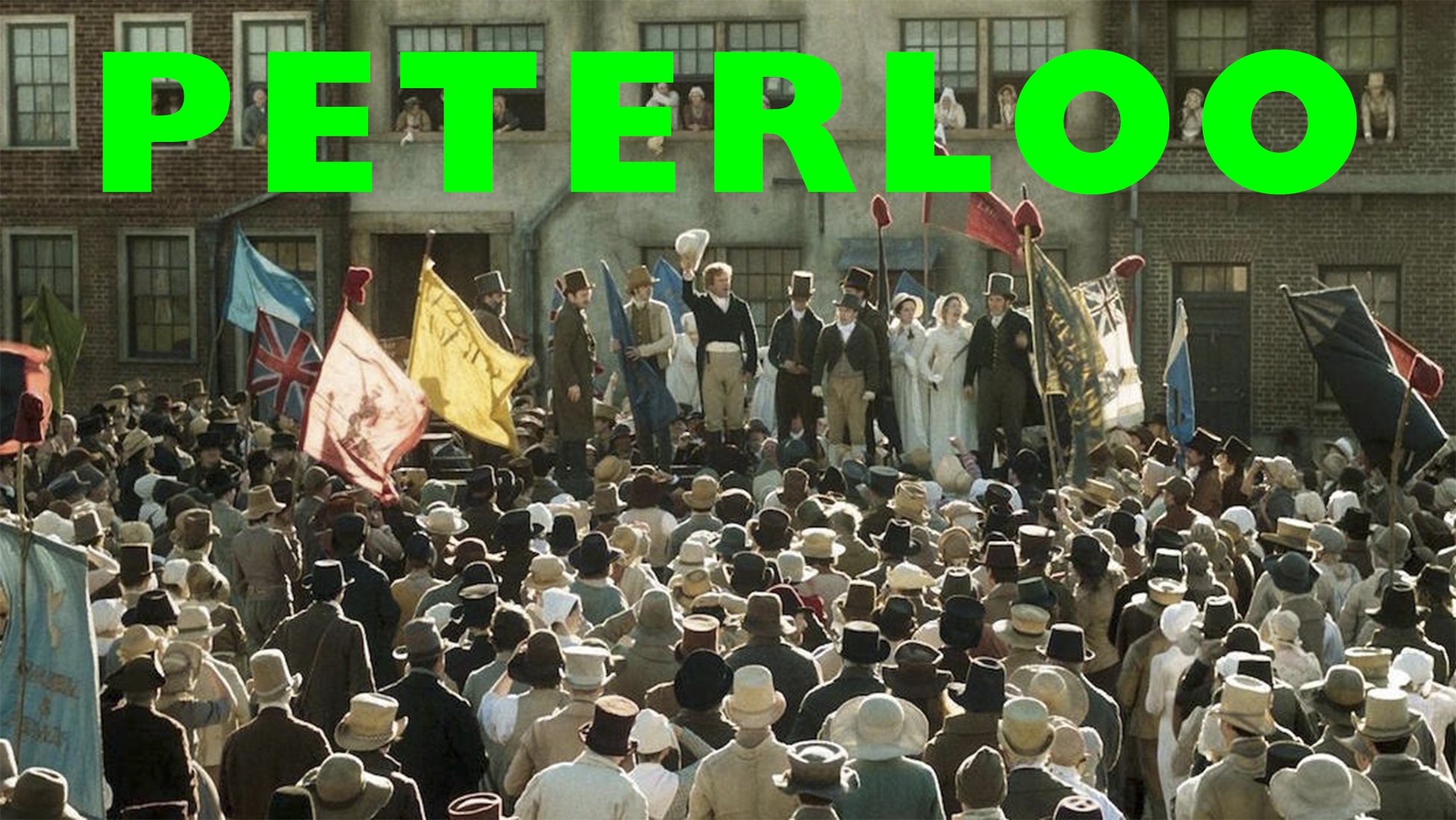 Peterloo marks the 200th anniversary of the notorious Peterloo Massacre. On 16 August 1819, a crowd of some 60,000 people gathered in Manchester to demand parliamentary reform and an extension of voting rights. The assembly was peaceful until armed government militias panicked and charged the crowd—at least 18 people were killed and up to 700 wounded. The immediate effect of the massacre was a crackdown on reform. The outcry led to the founding of the Manchester Guardian newspaper. 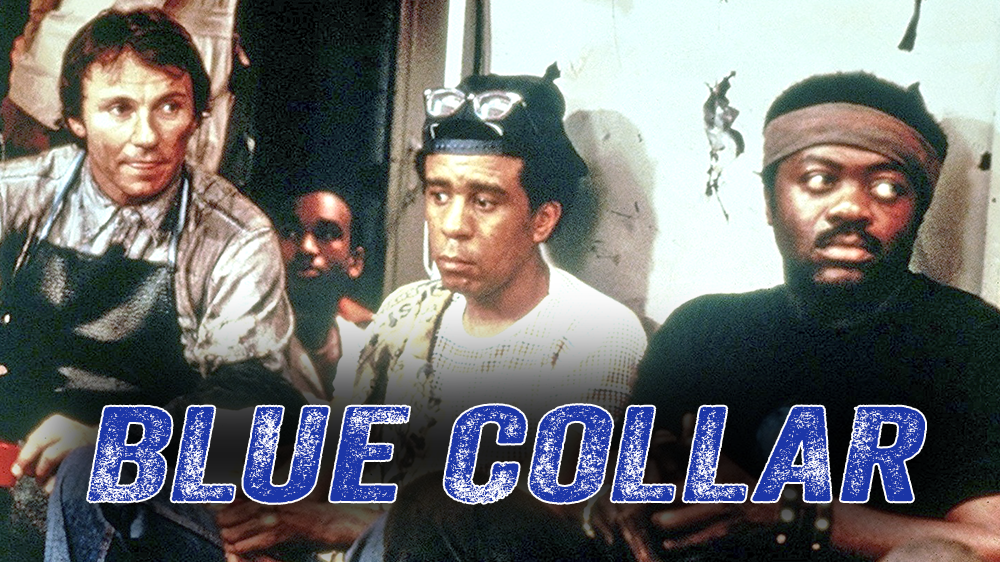 TAG LINE: “The American Dream: if you’re rich you can buy it. If you’re anything else you’ve got to fight for it.”

The film is an examination of life in a working-class Rust Belt enclave. It raises questions of working class solidarity, union solidarity and racism. It stars Richard Pryor who does not play for any laughs.

In the film a trio of Detroit auto workers—two black and one white—have deep money worries. They hatch a scheme to steal money from their union office safe. What they find there leads them into a web of double-dealing, frayed loyalties and even death. No one comes out looking good. No one beats the system.

Even though the plot turns on the tired stereotype of union corruption, the film is largely redeemed because it shows working class folks “without violins”—in a way that seems closer to lived reality than what we usually get at the movies. The larger theme illustrates how working folks are mercilessly manipulated, divided and overwhelmed by the relentless and ravenous Godzilla monster of corporate and state self-interest.

The film was written and directed by Paul Schrader’s, his first as a director, after writing the DeNiro classic Taxi Driver. It was shot in factories and homes in Detroit and Kalamazoo, Michigan 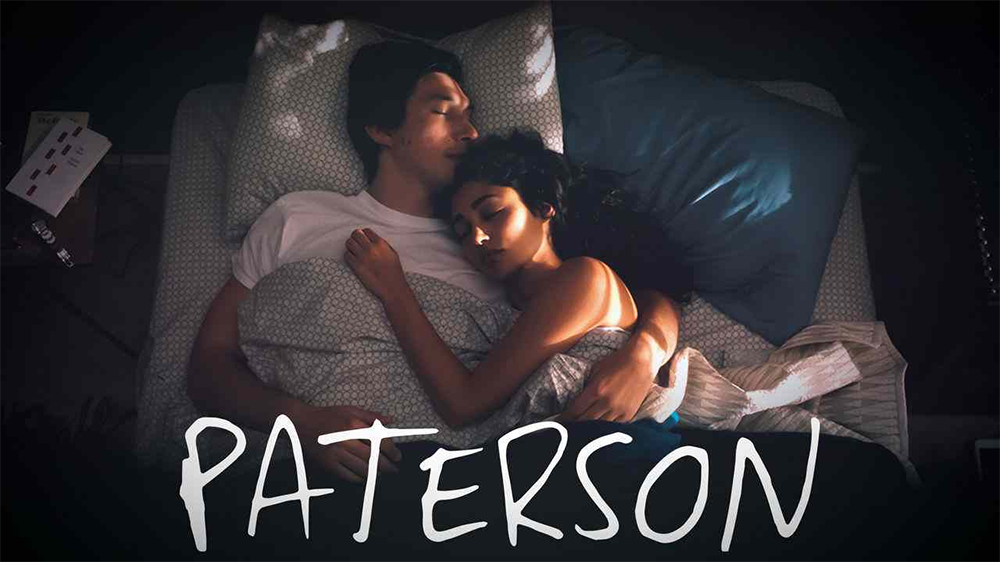 The film is funny, philosophical and profound. It celebrates the wonder in the ordinary by showing one week in the life of Paterson, a bus driver in Paterson, New Jersey. His passengers’ conversations inspire him to write poetry in a series of notebooks. His dog shreds his notebooks.

The next day, a dejected Paterson goes for a walk and meets a man who is reading the book-length poem Paterson by William Carlos Williams. The man hands Paterson an empty notebook. The film ends with Paterson writing a poem in his new notebook. 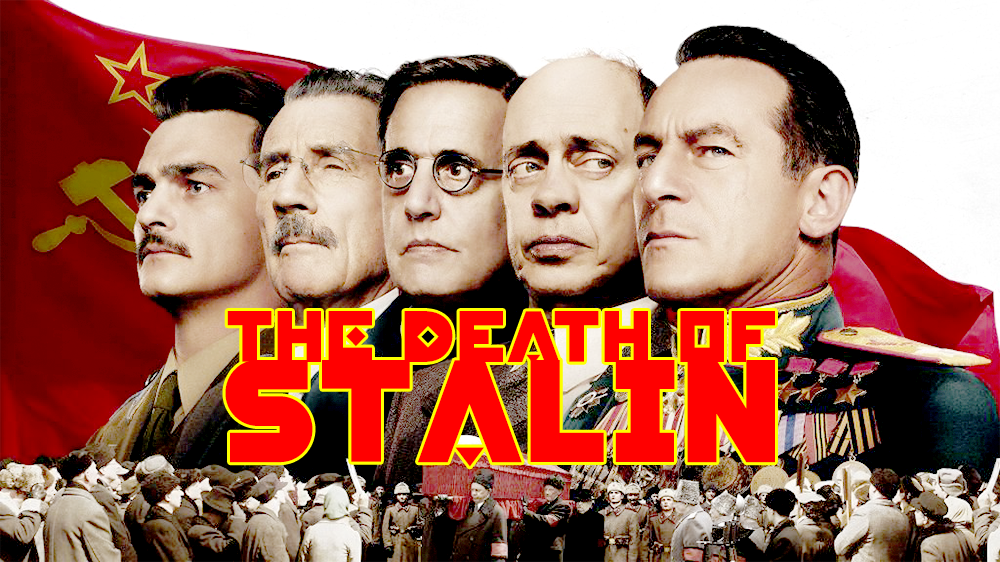 You’ll laugh, you’ll cry, you’ll die. All the fun of The Simpson’s mixed with the twisted morals of Stalinism. The Death of Stalin is a rip-roaring, absurdist, satirical black-comedy written and directed by Armando Iannucci, the creator of Veep. Based on the French graphic novel La Mort de Staline, the film depicts the power struggle following the death of Soviet leader Joseph Stalin in 1953. 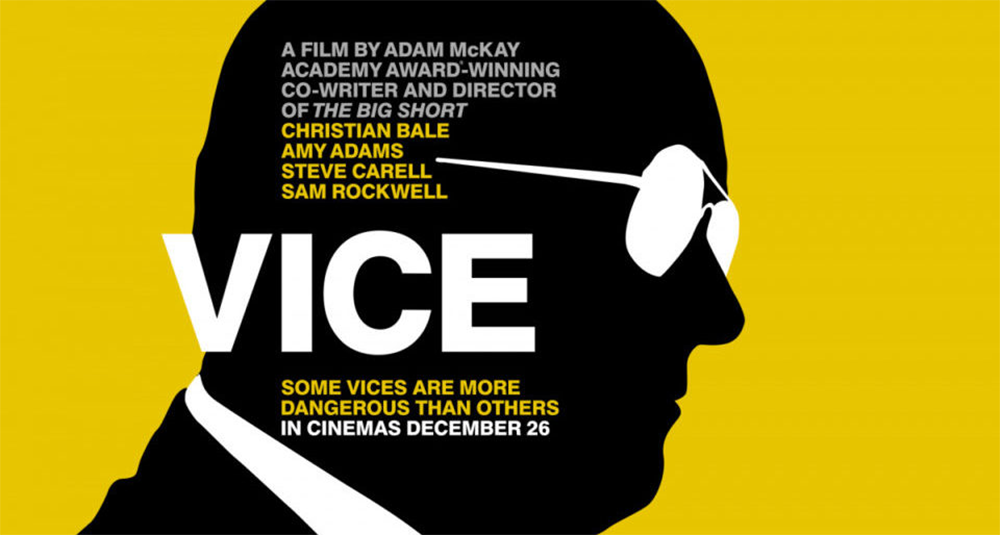 Vice is a bio-pic about former USA Vice-president Dick Cheney that aims to explain a big knotty idea (the ravenous pursuit of power for its own sake) in as hyperactive and eye-catching a manner as possible. This is a chuck-everything-at-the-screen-and-see-what-sticks sort of film, with each scene seeming to operate with a different conceit or gimmick. Not everything works—but there’s plenty that does. 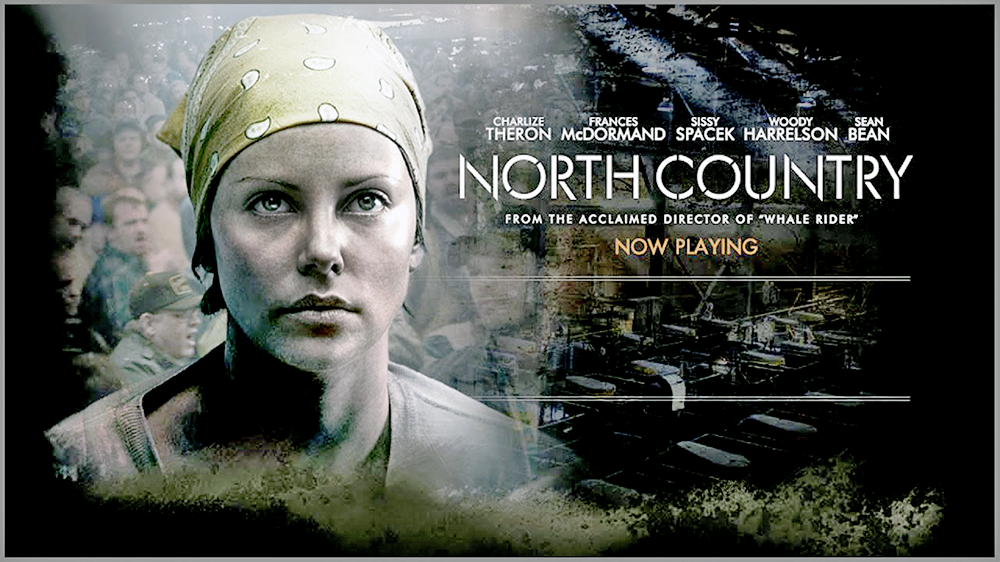 A fictionalized account of the first major successful sexual harassment case in the United States, Jenson vs. Eveleth Mines, where a woman who endured a range of abuse while working as a miner filed and won the landmark 1984 lawsuit. 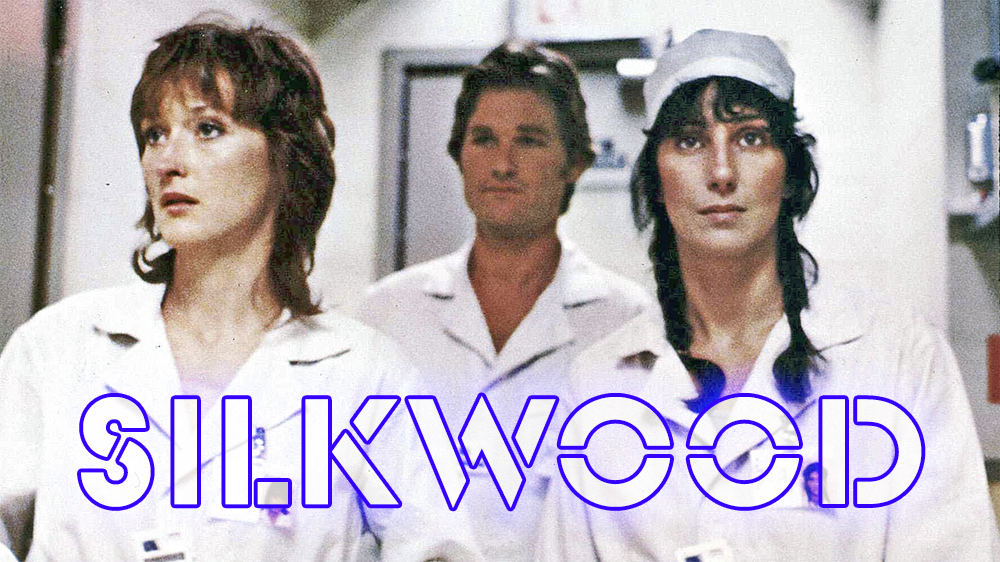 Silkwood was inspired by the life of Karen Silkwood, who was a whistleblower and union activist. She died in a car “accident” while working to expose health hazards at the Kerr-McGee plutonium plant where she worked. Her death triggered a 1979 lawsuit. The jury awarded $10 million in damages to be paid to the Silkwood estate (her children), the largest amount in damages ever awarded for that kind of case at the time. The Silkwood estate eventually settled for $1.3 million. The film stars Meryl Streep, Cher and Kurt Russell. 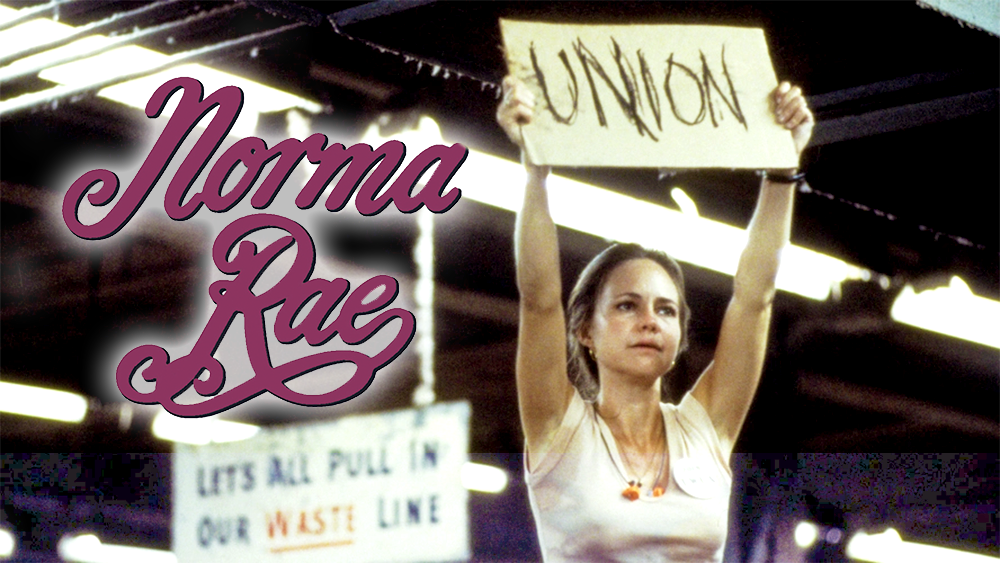 Norma Rae is based on the true story of Crystal Lee Sutton, a factory worker from a small town in North Carolina who takes the lead in a union drive at the textile factory where she works. The bosses try to stop her, then fire her and call the police to remove her from the plant. While waiting she takes a piece of cardboard, writes the word “UNION” on it, stands on her work table, and slowly turns to show the sign around the room. One by one, the other workers stop their mill machines, and eventually, the entire room becomes silent. After all the machines have been switched off, Norma Rae is taken to jail. There is a union vote. The workers choose the union. 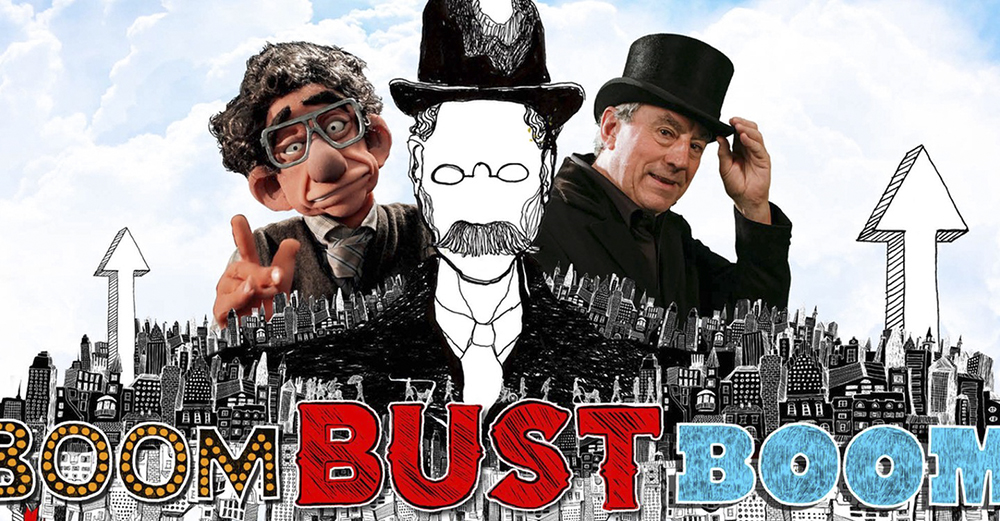 Terry Jones, one of the Pythons, hosts a fresh and easy-to-digest look at why economic crashes happen. The film is a multimedia documentary combining live action and expert commentary with animation and puppetry to explain economics to everyone.

Rent it here for $6.85
https://vimeo.com/ondemand/boombustboom 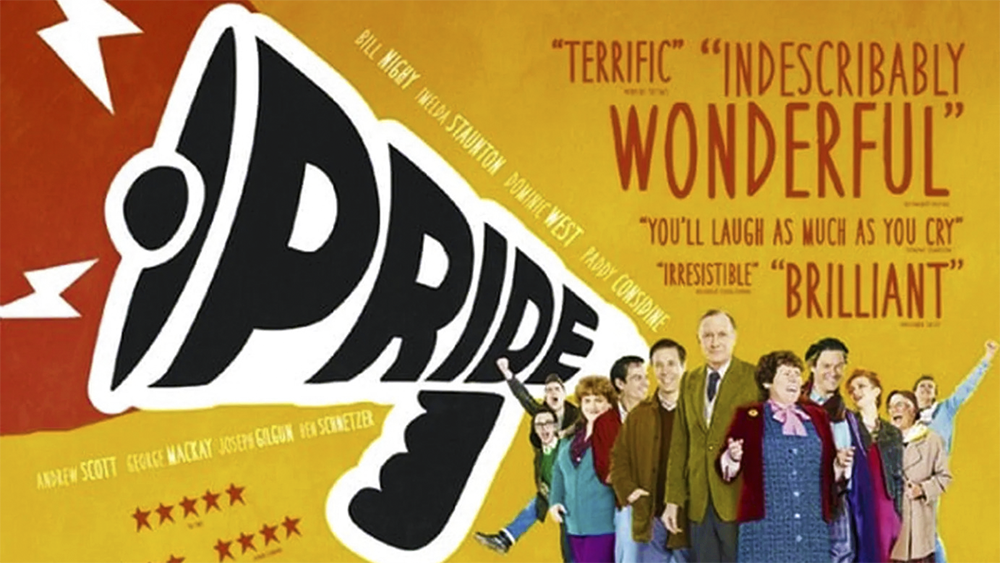 Its summer 1984, Margaret Thatcher is in power in the UK,the National Union of Mineworkers (NUM) is on strike. A group of gay and lesbian activists decide to raise money to support the striking miners. But there is a problem. The Union seems embarrassed to receive their support.

The activists are not put off. They set off in a mini bus to make their donation in person to the miners in a village in Wales. The two seemingly alien communities form a triumphant partnership. They recognize that it is their defiant pride in who they are that gives them strength.

The miners are defeated and return to work. But at the Pride march the following year a vast contingent of miners show up to repay their comrades with their show of support. 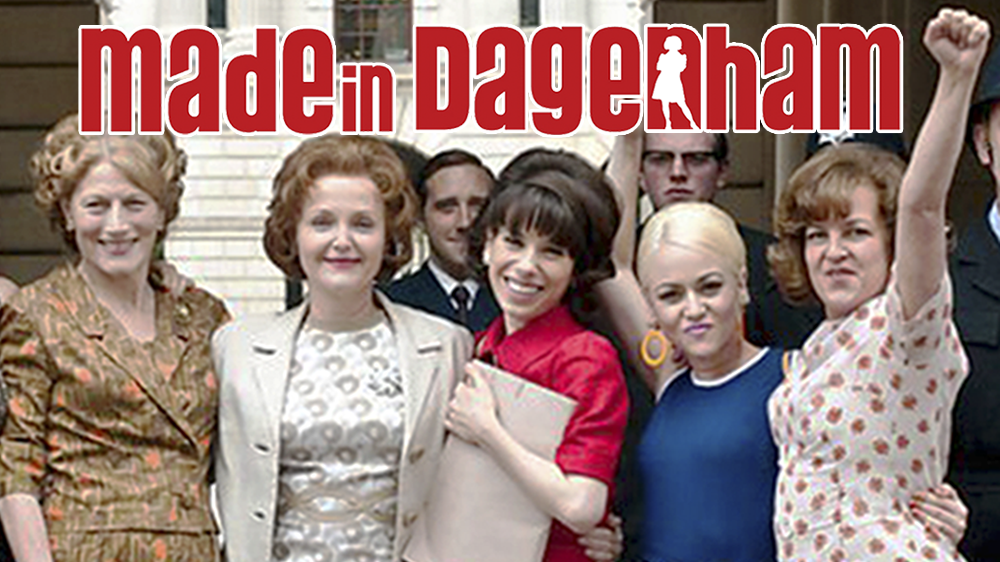 The movie that dares to ask: “Should how much you get paid depend on whether or not you’ve got a dick.”

Made in Dagenham offers something exotic and unfamiliar in mainstream commercial cinema: the story of a successful strike. Better yet, the story of a successful strike by, for and of women. The film is based on the 1968 strike for equal pay by women at the Ford factory in Dagenham, UK. The strike commanded headlines, galvanised political debate, and ultimately changed the lives of all working women in the UK with the passage of the Equal Pay Act of 1970.

The film’s cheerful demeanour may seem unrealistic, but it might not be far from the mood that the striking women thought would help them win. In its jaunty and insouciant way, this movie is actually pretty subversive: a film about strikers who are not evil, or deluded, or indeed defeated? What an idea!