The team is made up of three OPSEU Indigenous members. It was created as a direct result of commitments made by the union at their first biennial Indigenous Conference held in Cornwall, in October. It is just one of many major efforts by the union to keep the faith with indigenous people.

“We don’t have to wait for governments to start; reconciliation can and should start with all of us,” says Darlene Kaboni, a member of the Indigenous Mobilizing Team from the Wikwemikong Unceded First Nation.

Krista Maracle, Chair of the OPSEU Indigenous Circle, says: “Indigenous communities already know what an effective strategy of healing and reconciliation would look like. They just need partners to help make it a reality. These initiatives are about OPSEU stepping up to be such a partner.’’

The Indigenous Mobilizing Team will work to directly connect with Ontario First Nation communities and Bands, agencies, and governing bodies to represent the full interests of Indigenous people inside and outside the union, in ways that match methods and approaches favoured by Indigenous peoples themselves.

The union has set itself a big double goal. First, to do all it can to implement the 94 recommendations contained in the Truth and Reconciliation Report Call to Action. Second, to hold our governments and the people of Canada accountable for achieving the same thing.

“Our union can play a part in the truth and reconciliation process by adopting these recommendations within our negotiated contract agreements,” says OPSEU president Smokey Thomas. “Take for example the first recommendation, child care: let’s demand that all social workers and agencies be trained in accurate true Indigenous history.” 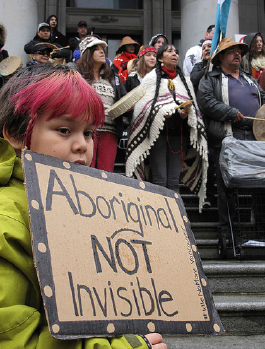 Many Truth and Reconciliation efforts

Other OPSEU Truth and Reconciliation initiatives include: