FRESH AIR WAS FORBIDDEN TO DEMAR. He wasn’t in prison. But he says that’s what it felt like. Demar is a recently arrived migrant worker from Jamaica. Being cooped up for 14 days without fresh air was a condition of his quarantine when he came back to work here this spring.

“To be locked up somewhere for 14 days and be restricted from going outside, that is like you’re in prison,” he says.

The extreme “no-fresh-air-while-in-quarantine” condition only exists in the counties of Haldiman and Norfolk Ontario, southwest of Hamilton on the north shore of Lake Erie. Demar is one of the thousands of migrant workers who come to work on the farms in the counties every year.

No other people coming into Canada are treated this way. Under federal rules, travellers arriving from abroad are allowed “limited and monitored outdoor time” as long as they wear a mask and have no symptoms of COVID-19.

Jeremiah Sovingo, a migrant worker from Trinidad & Tobago, recalls being told by a local health official in the summer of 2020 that he couldn’t even step outside his room for fresh air during quarantine. “I don’t even think they would treat their dog like that,” he said. “So why are you treating me—a human being— like that?”

The Migrant Workers Alliance for Change advocacy group says at least five migrant workers have died since arriving in Canada in March, including four who were in quarantine.

“All human beings need access to fresh air for their physical and mental well-being and to be locked in a hotel room with windows that don’t open for 14 days with no ability to go outside is cruel and unusual punishment.”

Kevin Daniels is a seasonal worker who’s been coming to Canada for nine years. He says he is still suffering from the effects of forced confinement inside a hotel room for 14 days last November.

“The internet system was poor so you cannot connect with family members,” he says. “It was the first time experiencing winter and then you had to be locked up in a room, couldn’t go outside, exercise, anything.

“You’re locked up in a room that hasn’t been cleaned in 14 days, the food is horrible.”

Notes stuck up with bubble gum 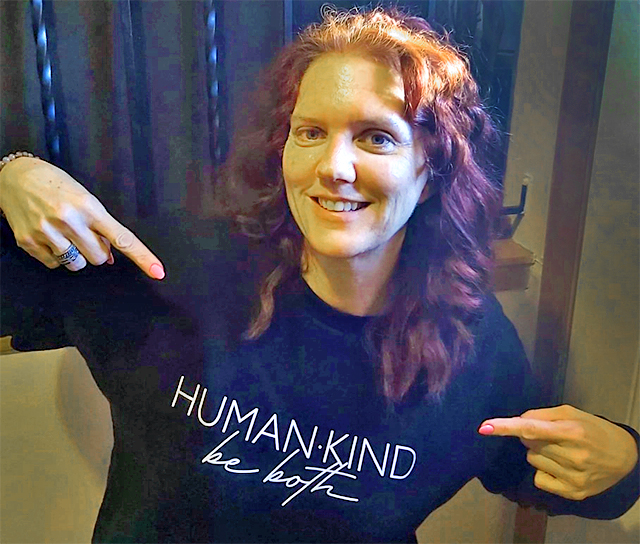 Leanne Arnal is a local migrant farm workers advocate. She says a large group of Mexican workers who were not under her care stuck notes to the hotel room doors on napkins asking for snacks and supplies.

“It’s alarming,” Arnal says. “There would be notes on the door that were written in Spanish on a napkin stuck by a piece of bubble gum with people asking for supplies. They don’t have Wi-Fi. They couldn’t communicate with their families.”

She says they often asked for food and water, as well. She or hotel staff try to find someone to translate the notes in order to help.

For many workers, this might not be the last time they have to go through a two-week quarantine period with no access to fresh air. If the farm they work at experiences an outbreak, they will have to go through it all over again.

Arnal says she asked the chief medical officer for the counties to let the workers have 15 minutes of monitored time outside, one by one, as federal rules allow: three times last year and again at the start of the season this year. His answer was “no” each time

According to Ontario’s plan to prevent and manage outbreaks on farms released last November, migrant farm workers “did not bring the virus to Ontario but rather contracted it after they arrived.”

Neither the federal government, nor the Ontario Ministry of Health, will say whether they know that the chief medical officer for the two counties was not allowing workers fresh air breaks during quarantine. Both governments also will not say whether they would take action to overrule the local health unit.

“The federal government, despite us raising this cry now for 15 months, has refused to enact specific guidelines around how quarantine is structured, including the right to fresh air,” says Syed Hussan, executive director of the Migrant Workers Alliance for Change.

“The fact that people are feeling that they are being treated worse than animals is because they don’t have the power to speak up and that power is being taken away from them because they are temporary.

“That’s why we have been calling on the federal government to ensure full and permanent immigration status for every migrant and undocumented person in the country.”